Is your laptop or PC out of order? Are you tired of hearing to buy a new laptop instead of purchasing a new motherboard? “Can I repair my motherboard?” Facing multiple issues?

Don’t worry! This article explains everything related to the motherboard, including how much it costs and how you can fix it more cheaply.

So before getting started, let’s have a sneak-peek into the importance of the motherboard and the signs that show it needs replacement or repairing.

Motherboards are regarded as the hearts of computers and are often ignored. It holds great significance as all other hardware, including RAM (Random Access Memory), disks, and drives correspond to it. Because of the ignorance, this component faces failures quite a lot.

What Causes Motherboards To Fail?

Before checking out the repair cost, you must know what causes it to fail.

What Are the Signs of Motherboard Failure?

Your device will show the following signs to let you know that the motherboard needs attention:

How To Get It Repaired or Replaced?

After detecting a motherboard failure, the foremost question that comes to mind is whether it is repairable? The answer is yes! It may be a little costly, but it is fixable. And there are ways you can cut the cost by following various techniques. You can either buy a new motherboard provided by the company or purchase a used one, which will give you fairer results.

What Is the Cost of Repairing or Replacing a Motherboard?

On average, the cost of motherboard repairing varies from $125 to $1000 depending upon the product you purchase and the purpose of your computer. For instance, a heavy-duty system is needed to operate exceptional graphics, gaming, or official work. It would be best to go for a motherboard that supports your required needs.

Apart from this, your device’s brand also determines the rate of its parts. The price range of motherboards of standard computers is comparatively lesser than Macbook.

Another factor that decides the price is the way you fix it. If you cut the labor costs and fix it yourself, it will help you cut the total cost.

These prices are calculated on average and extracted from Amazon. They may include shipping charges and taxes. It may vary from region to region and depends upon the purpose you need it for.

Apart from this purchasing cost, one must need to spend additional money on the cost of labor.

What Are the Ways We Can Cut the Total Cost?

Since the article aims to help the people facing troubles, it will also help those who want to get it done at a minimum rate. So, the following are the ways you can minimize the charges of motherboard replacement:

The people who sell their computers to update themselves or for other reasons benefit the buyer in many ways. For instance, they take out the CPU parts that work correctly and sell them separately at economical rates. This helps them gain potential monetary benefits and the people who want to buy particular components such as motherboards. So, purchasing a used motherboard won’t be a bad idea and will give you an excellent reasonable result.

Method #2: Replace It by Yourself and Cut the Labor Cost

With a bit of knowledge of technology, you can save up to $150. All you need to do is watch a YouTube video and follow it step by step. You can get it done by following a watchful explanation and fixing it yourself.

· Don’t forget to unplug the system while trying it at home.
· Carefully place the wires and screws.

Every system component has a lifespan, and it has to fail after a particular time. But, the life of a motherboard can be enhanced by following simple preventive measures such as:

To close it in a nutshell, motherboards of the computers fail for various reasons. We can prevent them by following simple preventive measures. But, in case of failure, the device will show certain signs and symptoms with the help of which you can diagnose motherboard failure. You can replace or repair it, but it is slightly expensive. To save money, you can use various cost-cutting methods, such as purchasing a second-hand component and replacing it yourself.

Can I upgrade my motherboard?

It is better to opt out of a replacement instead of getting it repaired or upgraded.

How can I tell if my motherboard is failing?

What is the main cause of motherboard failure?

Electrical surges are the chief cause of motherboard failures.

Is it worth replacing a motherboard?

You can get a new system if it suits your pocket. But, if you don’t have enough money, a mere replacement will give you fairer results.

Should I create a backup before replacing a motherboard?

Yes. It is better to store your data before the installation of new motherboards. 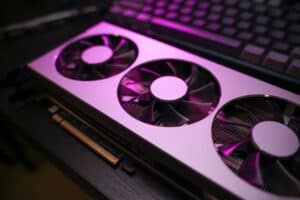 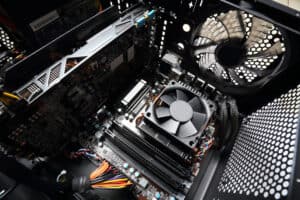 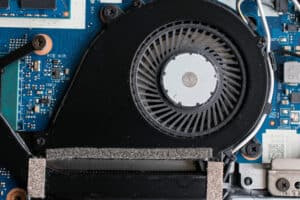 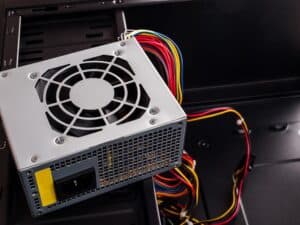 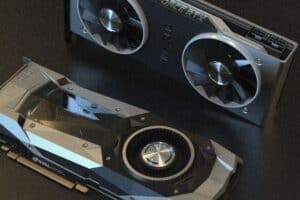 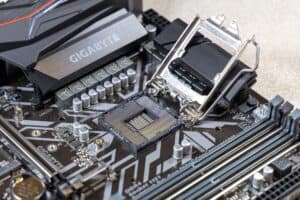 How To Update the BIOS on a Gigabyte Motherboard 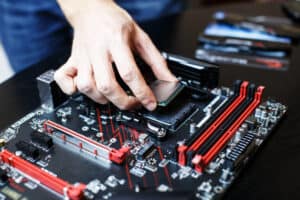 How To Test a Motherboard Without a CPU 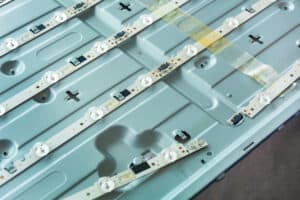 How To Connect LED Strip Lights to a Power Supply